Sometimes It’s Best to Keep It To Yourself

You’ve just learned that you’re being investigated for some alleged misdeed at work.  You are upset and you have a lot of questions:  Who complained?  What did they say?  Are there witnesses backing them up?  Who will support your side of the story?

Then come the hurt feelings:  how could your direct reports, for whom you have done so much, do this to you?  Why would a co-worker make such a false claim?

Or maybe you have a suspicion about a conversation you had recently that hadn’t gone exactly right, but the other party never said anything to you.  Why didn’t she just talk to you instead of complaining?

Now you go into defense mode.  Maybe your direct reports would back you up, so you think you’ll go ask them what they know – individually and privately, so no one is uncomfortable.  Maybe your buddy who overheard that awkward conversation would vindicate you to the investigator, so you ask him out for a beer.  Maybe you should just go talk to that woman, apologize and ask her to withdraw her complaint.

It is totally understandable that you are worried about your job and career, so you want to begin gathering information and working on your defense.  And you certainly never meant to offend anyone.

But the problem is that if you talk to anyone who, it turns out, made or witnessed the complaint, you may be accused of retaliating against that person.  Another problem is that a good investigator will ask if you have spoken with the witnesses, and you may be perceived as having attempted to tamper.

There are many occasions when someone is cleared of the complaint but gets in trouble because they talked to others in the workplace about the investigation.  As a result, they are being accused of interference.

Instead of engaging in self-help, this would be a very good time to go see an employment lawyer and get some solid advice about how to address your problem before it grows into an even bigger one. 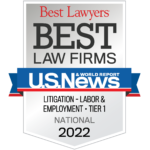