The New York Times reported today that out of 3000 building superintendents in New York City, only a couple dozen are female.  www.nytimes.com/superintendents-who-are-women.

While some of the explanations offered appeared on the surface to be socially-driven, such as self-selection and lack of role models, others were clearly unlawful.  Real estate executives interviewed for the article expressed concerns that “the residents of the buildings they manage would never go for it. And that goes double for the building staff.”  One account executive at a realty company was quoted as saying, “There has to be assurance that male workers are going to be able to take direction from a woman,” blaming the situation on cultural differences in attitudes toward women.

This kind of discriminatory attitude is exactly what the civil rights laws were enacted to prevent.  An employer may not discriminate against an applicant for a job based on sex.

Employers should have written policies stating that sex discrimination and harassment based on gender are unlawful and will not be tolerated.  If the employer’s other employees have objections to working with a woman, then those employees must be counseled that the employer maintains a discrimination-free atmosphere and that harassment and discrimination against someone because of her sex will not be tolerated.  If that behavior occurs anyway, then those employees must be disciplined up to and including termination.

The law also does not countenance customer preference.  A building’s owner, cooperative board or other management structure cannot decline to hire a female super based on its preference, or the residents’ preference, for a male.

There are few legitimate excuses for sex discrimination, and the preferences of co-workers, subordinates, managers and customers are most definitely not among them. 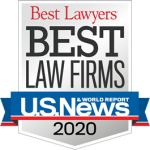